as i wait i decided to do something crazy 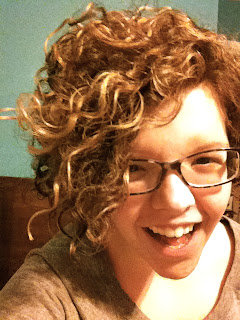 my childhood dreams of being blonde like sissy have come true.

my mama is one incredible lady

she is strong spunky and sassy

she loves the Lord

and loves my daddy

yesterday was mom's birthday. i wont say how old she turned...but she doesn't look a day over 30 haha :)

my mom is one of the strongest people i have ever met. she has been through a lot and still continues to be courageous and find strength in the Lord. she has been a rock for us kids & an amazing wife to my dad.

mom has taught for 34 years. she's been the track and cross country mom. the soccer mom. the dance mom. the theatre mom. the basketball mom. and everything in between. she has supported us in whatever we do. and she's also embarassed us a lot but who cares. she dances when my friends come over and tells bad jokes. and sings really off key. but its all part of mom. and i love her for that.

mom is the one that when i say someone has hurt me, her first response is "i'll kill them." or she comes up with some awesome plan to get them back. its just her protective side coming out but i find it to be absolutely hilarious. cause dad's always like "lorrie! ... now shelby you just need to be nice to them." typical la roge.

well...thats a little bit about my mama.

mom, thank you for being so awesome. and crazy. i love you dude! ( yea i call her that ... she doesn't seem to hate it. its endearment. )

dad:: shelby you need to stop eating those jelly beans!

me:: but dad i'm just channeling my inner 'tum-tum' from 3 ninjas.

he gave me a blank stare & then proceeded to tell me all the sugar i was consuming.

dad:: shelby elyse what did i tell you about those jelly beans.

me:: dad actually these are fat free too! see!

me:: your yogurt has sugar. how many grams?

me:: woah mine has 26 misewell eat the jelly beans dad.

i was born to tell my story.

i was born to fight.

i was born to overcome battle after battle.

i was born so that my battles would reveal beauty.

i was born so that the beauty would reflect Christ

i was born to bring people to Christ.

i was born to tell my story.

“Nobody wants to admit to this, but bad things will keep on happening. Maybe that's beause it's all a chain, and a long time ago someone did the first bad thing, and that led someone else to do another bad thing, and so on...you know, like that game where you whisper a sentence into someone's ear, and that person whispers it to someone else, and it all comes out wrong in the end...but then again, maybe bad things happen because it's the only way we can keep remembering what good is supposed to look like.”
- Jodi Picoult
Posted by Shelby at 12:12:00 AM No comments:

i was up all last night coughing. sneezing. and blowing my nose. i dont think i slept well at all until around 5am-9am. its possible to sneeze while you are asleep. trust me. it scares the crap out of you. but its possible. it happened. i sneezed over 20 times last night. yes i counted.

i woke up, got ready for school. put on my california swearshirt that my best friend elly got me. i figured it would make me feel like i wasnt about to be stuck in a stormy ohio all day. had some coffee. read a chapter in my new devotional. made some oatmeal. of course. but i accidently added too much water. and then it was soup that went into the garbage. an apple sufficed.

went to class. anatomy first. we're learning about the endocrine system. i know a lot about it already. i like understanding things. she speaks of deficiencies a lot. and i'm like "been there...done that!" hahah. oh my life. next was courtship marriage and family. what a class. half of the time i wanna walk out, because i disagree with what everyone is saying. but the other half i like it. just depends on the day.

after class i came home. had a mini quesadilla. yes. mini. its corn tortillas people. those things are small. had another cup of coffee. finished a quick assignment for my one class. and off i went. and the adventure began.

i met my friend brittany at starbucks for coffee. we sat and caught up. talking about life. california. school. everything. then we decided we needed a picture together. and oh my goodness. im almost embarassed to admit we probably took over 100 pictures. and we didnt even like any. we were standing in starbucks with her ipad trying to use self timer. tried using our phones. her netbook. nothing worked. we were crying laughing. we hated them all. people watched. people laughed. we felt no shame. it was hilarious. and soon we realized time had gotten away from us and we were so so so hungry. and so off we went in the rainy snow mixed night to rocknes. terminators and soup and french fries. oh my. delicious. our waitress was really rude. im not sure who peed in her cheerios today but we killed her with kindness and left a really nice tip. we decided everyone the whole afternoon and evening thought we were 12. but whatever. it was hilarious. i love her. i'm making her come to california with me in May. its gunna be the best time.

its 2 am. and im up. writing. such a cliche. well. i hope someone out there in this universe is reading.

s/o to my brother from another mother steven on officially being engaged. in all seriousness im a little heart broken. because i love him. but i'm just happy he is happy! love you lesmes!

its march now. a month of memories. both vivid and foggy. i look forward to my "8th birthday" and mom's real birthday. i wont say her age. because you wouldnt believe me anyways. i have one beautiful mama. im looking forward to spending time with family and best friends this month. and to see where the Lord continues to lead me on this journey called life.

well. not much else to report. thanks for reading. love you all!