my sister always tells me "you don't belong in ohio." i think i am starting to believe her.
i'm not sure where i belong yet though. but i think in a city. and i think not in ohio. the day will come when i leave this land of snow and ice. i'm just not sure when.

in september ... [ i know i'm behind ] ... i had the amazing opportunity to go to nyc! i had never been there before and when the opportunity came up. i ran with it. well technically flew. WITH NINA! did i mention i got to go with my lifelong sista-franndd!? WELL I DID! and let me just say. LOVE is an understatement. i can't think of a stronger word right now. but if i could. it would be that.  [ brooklyn, brooklyn, TAKE ME IN! ]

so anyways. the point of the trip was to go to a pediatric cancer fundraiser for Alex's Lemonade Stand. the stand was run by one of my favorite companies called 46NYC & oh my goodness was that day wonderful. but i think i need to back up. i think i need to tell the whole story. of the whole trip. hey i'm a taylor the words "short version" aren't in our vocabulary. unless you are talking about our height.

so lets flashback a few days.

friday morning me and nina woke up way before the sun. like before 5am. stopped at dunkin for some coffee and off we went to the cleveland airport to begin this adventure. the flight and cab ride went smoothly. soon enough we were walking around new york with our beautiful friend alex. reminder i have NEVER been there. i loved every second. halfway through the day we went back to alex's apartment to relax because we literally couldn't keep our eyes open any longer. so then we got on the subway and ended up in times square. when we walked up the stairs and i saw it for the first time i felt like i was in a movie. it's better than i imagined. i can't even tell you how excited i was. i've dreamed of that my whole life.

that night for dinner we went to the shake shake. and stopped by the plaza hotel on the way. because i mean when i was little i was obsessed with eloise and always wanted to live there. and then. well you guys. lets just say i was ASLEEP before 9:30pm. ON A FRIDAY NIGHT. IN NEW YORK CITY. for those of you who know and love me, you are shocked. i was too.


saturday morning we woke up and went to brunch with my friend margaret! she goes to fashion school there! it was such a blessing to see her and catch up. i went to school with margaret from 1st grade to senior year of highschool and she has been there through thick and thin. i love margaret because she is one of those people that you can not see for like a year and as soon as you are together again it's like you never were apart. those are the best friendships.

next we had to have an outfit change because it got all chilly. LUCKILY my super fabulous older sister packed me tons of fashion forward clothes and options for layering. next we went to china town, little italy, and ended up at a super cute cupcake shop & our friend jon came to hangout! we stayed in there for hours! like i mean no joke. HOURS. 3 to be exact. having all kinds of life talk. it was great. and i mean i might have cried that day in the cupcake shop. but if you know me you aren't suprised at all. never fear. there was so much laughing as well. i will never forget that afternoon.

next we went and roamed streets. ended up in a nail salon and a pet shop. life was good.


we went to dinner and then went home. i ended up falling asleep early again. but it was good because the next day held magical things and an experience i will NEVER forget.

SO...you kinda need a backstory...also if you are still reading...i will love you forever and ever...but i warned you.

so i've watched "the bachelor" and "the bachelorette" ever since i can remember. season after season i would watch. and develop a crush on these boys that were much older, and i mean also strangers. but it always happened. then one day. on DeAnna's season of the bachelor, this bright eyed handsome person appeared. and his name was Graham Bunn. i thought he was so cute.

flash forward to him being on the bachelor pad a few years later, and i got to see this beautiful human being again. and you guys. i know i sound crazy. but it wasn't just his face. or his abs. ( SORRY DAD I HAD TO SAY IT! ) but his heart. he had so much compassion for people. you could tell me meant what he said, and he wasn't full of crap. during his season i just kept thinking "he's a really incredible human being." THEN! i find out he has this freaking amazing company that helps other causes! it's called 46NYC and they help foundations for things like alex's lemonade stand for pediatric cancer, chris 4 life: a foundation for colon cancer, the breast cancer research foundation, the international justice mission, st. jude children's research hospital [ which you all know holds such a special place in my heart because of Ian. ] sunflower children foundation, adopt a classroom, children's heart project, global genes project, and wine to water. basically the  company takes simple things like t-shirts, hats and bracelets and uses them to raise money for other foundations! HOW COOL IS THAT!? i'm actually not sure if cool is a great enough word. POWERFUL, INSPIRING, AMAZING...those might begin to cover it.

[ i'm secretly hoping that one day they will have a t-shirt for the pediatric brain tumor foundation, or my foundation that i hope to start. ]

also...they have a thing called the tee for ryan. and it was to help raise money for the adoption and care for a little boy with noonan syndrome! the same genetic disorder i have! I MEAN IF THIS ISNT BLOWING YOUR MIND I DON'T KNOW WHAT WILL! like what company in this earth sells t-shirts to support noonan syndrome! i'm telling you guys! IT WAS DESTINY FOR ME TO FIND THIS COMPANY! i am so excited about it!

okay SO now it is monday morning. we sleep in, get all ready & walked around brooklyn a little bit. i love it there. 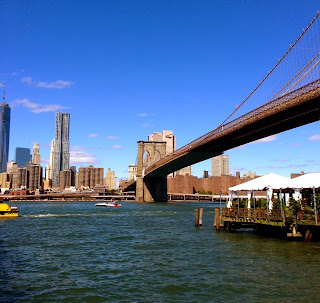 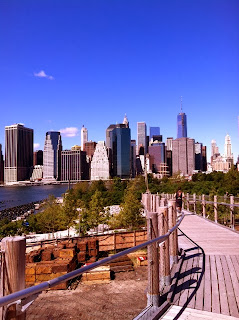 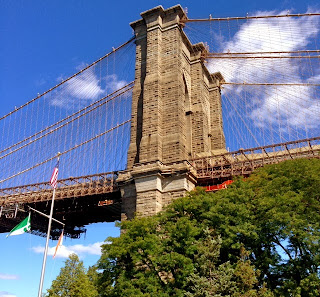 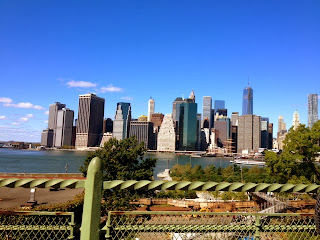 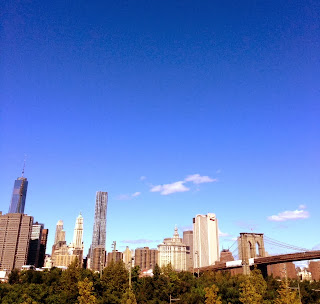 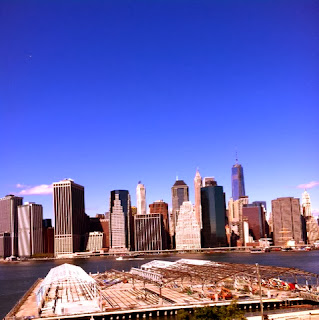 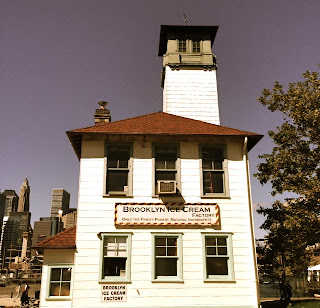 THEN we got on the subway, to go to central park! but guess where i am going!?

TO MEET GRAHAM BUNN!
and a bunch of other really amazing humans at the Alex's Lemonade Stand for Pediatric Cancer! i was so nervous you guys. like i couldn't even deal. because. WHAT IN THE WORLD DO YOU SAY TO SOMEONE WHO HAS INSPIRED YOU SO MUCH AND YET YOU HAVE NEVER MET THEM?! ya i didn't know either. so finally i walked up to michelle money who by the way is so beautiful inside and out. and she called graham over! & HE RECOGNIZED ME! because we are friends on twitter. and i mean he knew i loved him. so he gives me the biggest hug and we took pictures and it was so great! i kept holding back tears the whole day! because you guys THIS IS WHAT I WANT TO DO! i want to be incredible! i want to start a foundation and help kids!!! and you know. it was just so humbling to be there as a survivor!


also. i got to share my whole testimoney with michelle. it was really a God moment. i knew it was the right time. i know HE was glorified. i got to share that even though i have a brain tumor, God has been so faithful to me and my family, and has truly has His hand over me. i got to share that i find my strength, hope, and worth in HIM. i didn't expect to tell anyone, because the day wasn't about me. but the opportunity arose. i knew it was a moment to share. she told me that if i ever need anything, or help with starting my foundation that she would be more than willing and just to get in contact.

we spent the rest of the afternoon walking around central park. and then went to sara beth's for brunch. and no lies you guys. i think i saw dustin hoffman on a bike. he winked at me and said "beep beep" maybe he has a twin. i dont know. lets just say it was him. 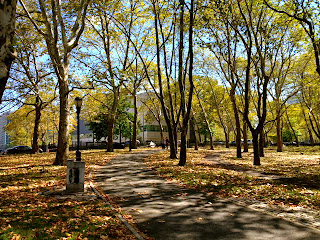 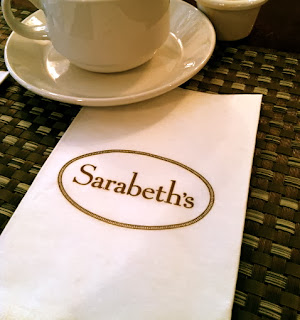 well...sadly like most amazing things...the trip had to end. we went back to alex's apartment, packed our bags and got in the cab for the journey back to ohio. oh and also. we ended up with a cancelled flight, a 2 hour cab ride to an airport in new jersey in a semi shady car, and somehow got through security and 3 terminals down on a tram and still made the flight. I DONT EVEN KNOW. every good story has a few crazy spots. hahah icing on the cake.

as HE always is. God was so faithful. He orchestrated the perfect trip. I was so blessed. I can't wait for next year!