Day 11: 6 years - the reality of the beauty in the battle

So, today is 6 years since the day of my brain surgery....PRAISE THE LORD!!!

Around the End of January in 2005 I started getting headaches in the back of my head, my mom didn't pay much attention, but then by the end of February, I had one everyday and it would not go away. So on March 1, 2005 my mom took me to the Pediatrician, He thought maybe it was a food allergy, but he decided to do a cat scan just for proticol. (later i found out that my blood pressure was out of this world high and that my eyes didn't look quite right) On March 3, 2005 I went in for a cat scan, they took us to the waiting room, and then there was a phone call for us. It was my pediatrician, he said that my brain was covered in fluid but they couldnt see clearly enough to know why, so they gave me and MRI. I thought nothing of it, just being 13, i wasn't thinking something could be terribly wrong. About 30 minutes later i was taken up to the Neurosurgery department. And within 10 minutes...

I was diagnosed with a Brain Tumor. Everything is a bit foggy from there on out, but i remember just asking "Am i going to die" and "will i be the same..." The Answers, were encouraging! but my life was in a spiral, and i didn't know why at 13 i would have to be going through this., 6 days later i was in surgery, to try to remove it, because it was causing some things not to function right, and it would have killed me eventually, they said that if we would have waited too long, that i would have seizured and died. The Lord must have really talked to my mom, because she had the intuition to take me to the doctor, and the doc knew that it was a little weird, and he knew i needed a cat scan. The Lord was just working!

We were told my surgery would last about 5-8 hours...well they were wrong! I guess i always have to be the center of attention, and have to be a little bit dramatic, because quickly enough 8 hours turned into a whopping 22.5 hours! My poor family had to just sit and wait, the nurses described the process as watching Grass grow, apparetly i had a lot of blood vessels in my little brian! The surgery was Performed by one doctor (Dr. Aldana!) and his team of nurses(Renee and Kelly were my favorites)! We were told that Dr. Aldana drank a few gatorades, ate a sandwhich and went to the bathroom only a handful of times. He is my hero. The man saved my life, it took him almost 24 hours, but the man saved my life!

On March 9, 2005 one surgen at Akron Childrens Hospital saved my life.

I was in the pediatric intensive care unit for a few days, then got moved to the oncology floor. Never fear, it wasn't cause it was cancer, it was because i needed the best care possible! My tumor was shipped off to Johns Hopkins hospital in Boston, and they categorized it as a catagorized as an Oligodendro Glioma-Low grade neoplasm...hahaha say that 5 times fast! We were considering doing radiation for the remaining parts of the tumor, but they decided that i'd been through enough already and that thye would just watch me.

The recovery process was long, again, i only remember little things, because they gave me medicine so i wouldn't remember the trauma. I missed a little over a month of school (mom of course stayed home with me) , and gained alot of weight due to the steroids and such ( that part was not fun! )

I remember the day after i found out that i had a tumor i ended up going to school to visit everyone, and just being in a complete fog, like a nightmare that i couldn’t wake up from… Everyone was talking to me, but i honestly just wanted to be in a uniform that day, and be in class instead of having people tell me how sorry they were for me...

I recieved literally 100’s of cards and e-mails, countless stuffed animals and too many bouquets of flowers and cookies to imagine. My School even had a special spot i the chapel where you could pray for me! Everyone was praying, literally all around the world. It was hard to imagine that my one little tumor in my head, could effect so many people! But through it all, God was my rock, and my parents and brother and sister were my best friends! I would have died without Jesus on my Side
I was terrified to go back to school, because of the embarrassing lack of hair on the top of my head, i remember coming home from my first day and taking a 4 hour nap, just from exhaustion and having to tell the story 100 million times...

I remember a few weeks after my surgery it was easter, and i got permission from the doctors to go to my grandma's house which is a few hours away and i was sooo excited. I also remember getting black and pink converse for easter! haha

Like i said, i really only remember bits and pieces, my mom and dad are the people who really remember that time the best!

But 1 Doctor on March 9, 2005 saved my life, and changed my point of view on life FOREVER!

Now 6 years later, the part of the tumor that is left in my head hasn’t grown! i am feeling great, except for migranes occasionally, and i realize that Life gives you challenges, and you can either face them alone, or rely on God and Family and Friends. We found out this past fall that i never have to go back for another MRI ever...and for that i feel so blessed! They said after 6 years of routine MRI's and no drastic change, i am considered Stable! THE LORD IS GOOD!

My life verse is Psalm 46:5 "God is within her, she will not fall; He will help her at break of day." And i do not think this could be anymore true for my life. I remind myself everyday of this verse, because it reminds me that there is no reason to worry. God is in complete control over me, He will not let anything happen beyond what i can handle!

Through the whole process everyone i know has been there for me. And I thank everyone who prayed for me through the years, and still lift me and my family up everyday...You all are the real hero's in my eyes...the prayer warriors! 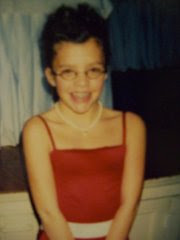 This was at my Sister's Wedding in January...probably when my tumor started growing the fastest. I wasn't feeling well, even then. 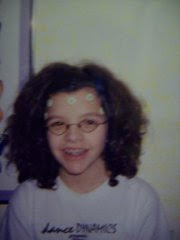 This picture is from easter ... a few weeks after surgery. My cousin Kayla begged me to take a picture with her...this is the only picture of me we have from this time...i refused any other camera's. As you can tell...i was already chubbing up from the steroids. hahah :) oh well
Posted by Shelby at 4:10:00 PM